Bottle Pass Liquors opened over 30 years ago in Fraser, Colorado and we have been proudly serving Grand County’s wine, liquor and beer needs ever since. We offer a full line of Liquor, Wine and Beer as well as ice, kegs, mixers, cigarettes, champagne, and wine accessories.

We are the largest store in all of Grand County and with our location next to Safeway in Fraser, we are your most convenient location to shop.  Add to that our great prices, friendliest staff, ample parking and a bus stop right out front and you have all the ingredients for a great shopping experience.

We currently have a combined wine knowledge of greater than 60 years so we are sure to know what will meet your needs. When you are looking for a liquor store to meet all your needs, think Bottle Pass Liquors next to Safeway! 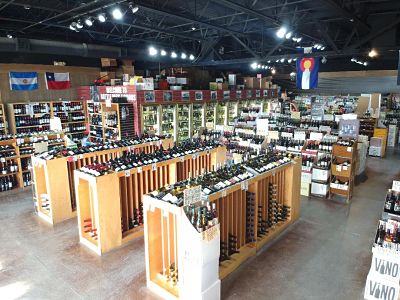 Bottle Pass Liquors has always been situated within the Town of Fraser, Colorado. The Town of Fraser is full of colorful history, originally laid out in 1871 and incorporated in 1953. The town was generally considered to be an isolated outpost but it also laid claim to having a local opera house, a POW camp during World War II, and a favorite fishing spot for President Dwight D. Eisenhower. For many years it hosted a weather station and during winter months when temperatures plunged to 60 degrees below zero the Town earned the nickname “Icebox of the Nation.”

The Liquor Store was the bright idea of several young local businessmen who seized on the opportunity to lease space next to a brand new first of its kind (to the valley anyway) chain grocery store. Safeway first opened its doors in 1984 in what is now the Murdock’s store on the southwest side of Fraser. Bottle Pass Liquors opened its doors in that same fall in a tiny 1500 square foot space. 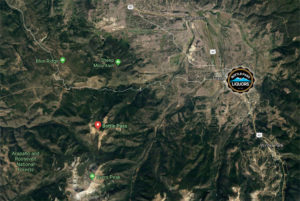 Naming the store proved to be agonizing and hundreds of possibilities were considered. The new owners wanted to acknowledge the history and heritage of the valley and its rich outdoor resources. While pondering various names one day standing in the back of the construction site the idea came to them that if you looked west and a little north of famous Byers’ Peak (that’s the great big one you see to the west of the valley), you were staring directly at Bottle Peak.  This mountain was named for its perceived shape of a bottle.  Adjacent to that situated at 11,300 feet was Bottle Pass. The name was just too coincidental to pass up.

The store grew slowly and steadily in that location catering to locals and carving out its reputation for great selection, especially in fine wines. Safeway meanwhile moved across the highway into a new store location.  It wasn’t until 2012 that a proper space became available next to Safeway in the current location. Never looking back, the store was relocated to the current location and expanded to over 5500 square feet. Today we can boast the largest beer, wine and liquor selection in all of Grand County.

If you stand in the front windows of the current store you can see Bottle Pass just 3 miles to the north of Byers Peak.

No tasting events until further notice.

Beer of the Month:
Sierra Nevada